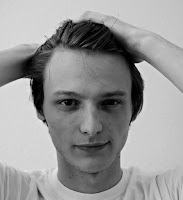 Spencer has been making films since he was 12. Editing, filming and acting. He has done theatre but loves everything about film. At thirteen years of age he would shoot scenes from 3 or 4 different angles and spend hours and hours editing.

You can see some of his film work here: Karlis Spencer Jones