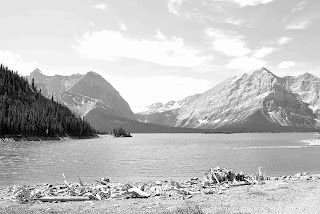 Last fall we hiked up and back the east side of the lower lake – it was early November and a bit of a rainy day.  We thought it best not to challenge the gods and try the upper lake. A good thing, as we met someone later that day that had tried the upper in the morning and was driven out by a snow squall.  As it was, we started our hike in beautiful sunshine and completed it in overcast rain. 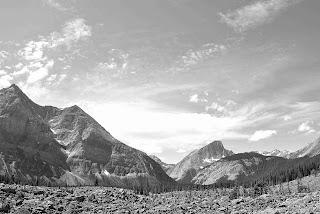 I checked the times for this hike on a couple of sites before leaving and one said it would take 3-4 hours.  It took us about 5 hours. We took one 30 minute break for some food and we mucked about the rocky area at the far end of the lake for a little bit taking pictures and the like.  One would have to be moving quite briskly to make it in 3 hours.  We are not the fastest hikers but nor are we doddlers. 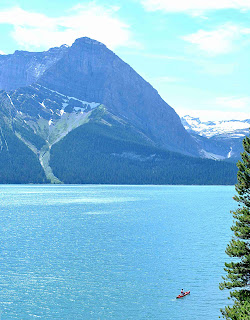 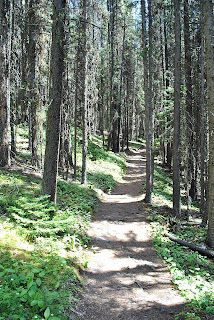 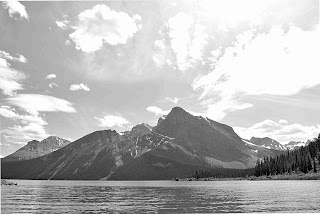 That said it is a really beautiful hike.  We went counter clockwise starting at the north parking lot.  Walking along the north side of the lake we had the sun on our left and coming back we were much more in the shade.  The first part of the walk has views of the lake through the trees for the most part.  We kinda lost the trail where it swings south around the end of the lake and ended up on the rocks.  There, you have a beautiful view of the lake and the mountains.

Here is a link to a short video I took of from there: http://youtu.be/8SqPSn66HPk 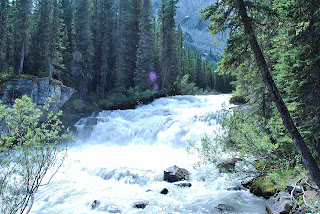 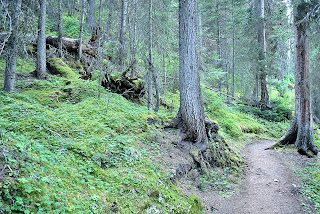 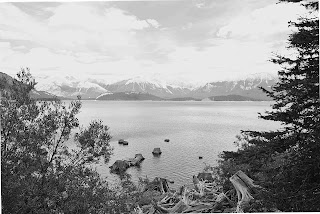 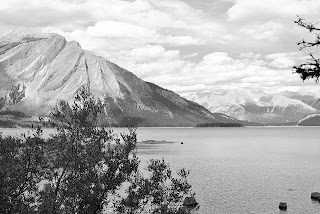 We managed to follow the shore line around and eventually reunited with the trail.  Still at the back end of the lake going in a somewhat southerly direction you cross the river over a wooden bridge.  When we crossed last week the river was extremely high.  A little ways past that another slow moving water way
must be crossed by traversing various well placed trees/logs. 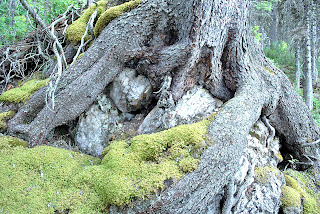 Coming back the south side of the lake is mostly in the forest but the trail is incredibly lush with areas of moss and some glimpses of the lake.  That is the area were we ran into the moose.  Well we didn’t actually run into it.  We were coming around a bend and there he/she was.  I took several pictures and as it started walking toward us we thought it best to try and shoo it into the woods.  We did.  And the moose did. 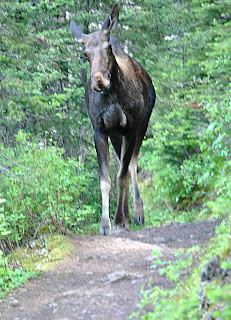 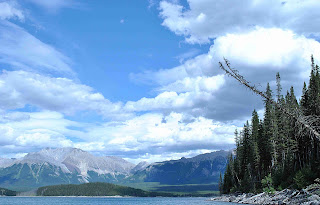 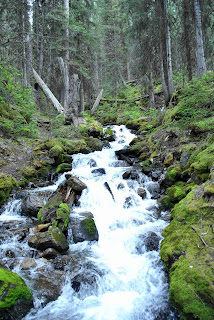 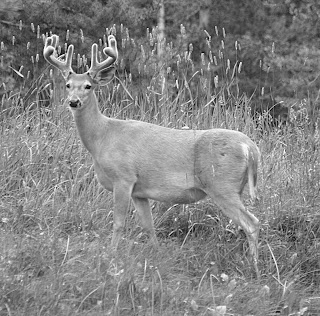 The walk is fairly level with some mild ups and downs – no major climbs.

When you come out the bottom – you are in the south end parking area.  It is another 4 kilometers back to the north one.  If you happen to be meeting another couple there you could each park at different spots and drive each other if you want to dispense with that last stretch. 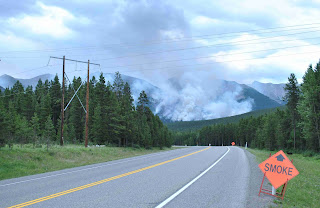 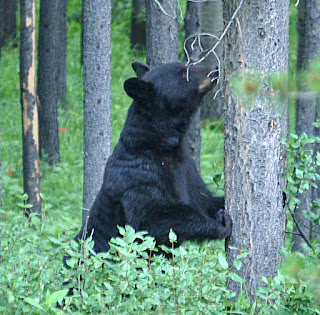 On the way back we stopped to take a picture of the sign pointing out the obvious: Smoke!  We were about to leave and saw a black bear.  I managed to take a few shots of him without getting eaten.

All in all we walked about 10 miles or 15+ kilometers. It took us about 90 minutes to drive there from Calgary.