This past Tuesday we hiked up to Rawson Lake.  We had done the circuit around Upper Kananaskis Lake last year and had notice the trial up to Rawson Lake but it was a little late in the day and we had already done 10 miles or so.  We did not get up there and start until about 3:30 but the days being as long as they are right now it was no problem.  First of all, if you are going from Calgary go along Highway 1 to 40 and go south about 30 minutes.  Follow the signs to Upper Kananaskis Lake and go to the furthest parking lot – most southerly.  Walk in about a kilometer to get to the trailhead for Rawson Lake.  It is a fairly steep climb for the first 80%.  Levels off near the top.  It is well worth the climb however.  It is not that long – 2.7 KM from the turn off to the lake.  It is quite beautiful up there.  There was a cloud that just hung around the mountain near the top all soft and puffy like.  Even though there were pretty strong winds it did not move.  The green section at the top was mostly in sun so there was quite a dramatic difference depending on which way you were looking.

We took the path to the far end of the lake through a few snow patches.  It was pretty windy and my hands were getting a little chilly by the end of it.  There are some paths to the top further around on the ‘green’ slope and we spoke to some that had gone up there.  They said they did not quite make it to the top as it was too steep.  We were at the top for about an hour and the whole hike start to finish from the car was only 3 hours. 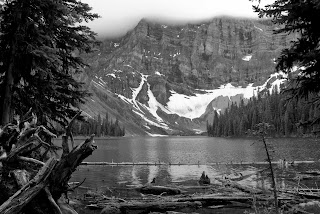 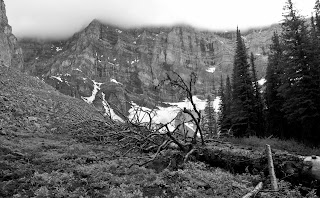 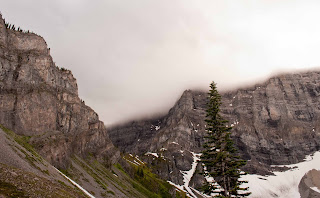 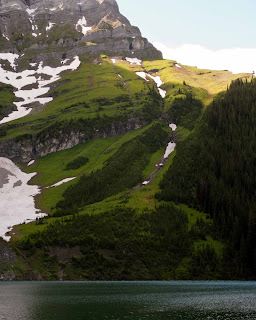 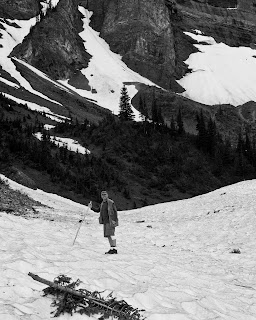 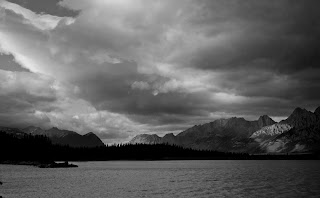